After all the planning, we successfully brewed the Dublin Castle beer from 1574. We produced three barrels, around 75 gallons in total. In the end, we actually repeated the recipe four times, because one of the Castle brews resulted in a stuck mash, in which the oats turned to porridge and were unable to drain from the mash tun. The other two runs, one using modern ingredients in the sixteenth-century set-up and another using 100% bere, produced beer that provided comparable data to help us understand what was distinctive about this process and the ingredients. 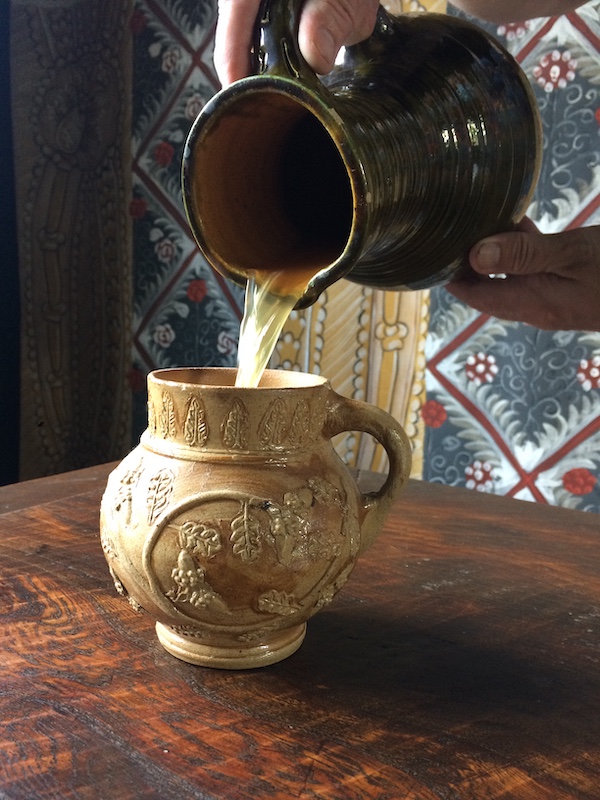 The finished Dublin Castle beer had a golden, hazy appearance, due to the oats and the minimal filtering. It was much cloudier than the beer made only with bere, which fits with contemporary descriptions of Irish beer as ‘muddy’. Both the Castle beer and the one made with only bere tasted like a light, mild, present-day bitter. On initial impressions, the oats added a roundness on the palate to the Castle brew, while the bere was sweet and complex. 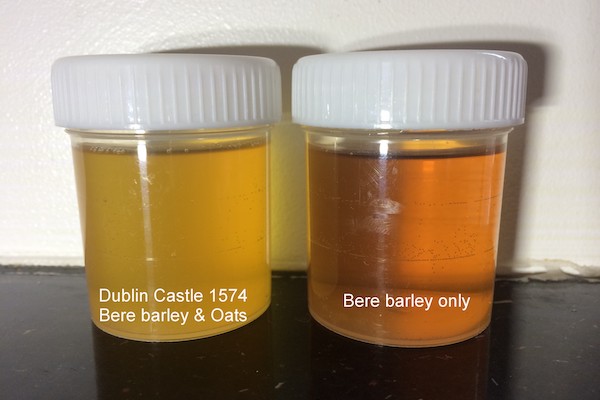 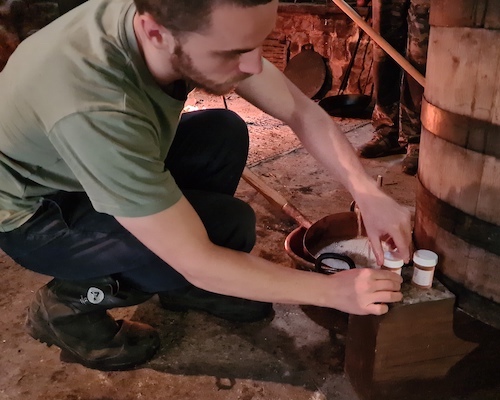 For each of the brews, at every stage in production, we took a range of samples for scientific collaborators. Organized by FoodCult historian Charlie Taverner (pictured left), this required working with colleagues in different disciplines to build a sampling regime, while maintaining the integrity of the historical process. The experiment created a large amount of data that could be studied in the following months. 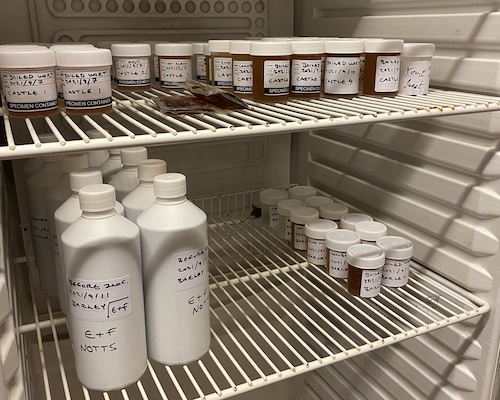 Microbiologist John Morrissey at University College Cork is studying the yeast and its development during fermentation. FoodCult member and archaeological scientist Janet Montgomery at Durham University, along with a postdoctoral researcher, is examining changing isotope ratios throughout the brewing process – which can be used to study human remains for evidence of diets and mobility. Stephen Lawrence and Joshua Reid at the International Centre for Brewing Studies at the University of Nottingham are carrying out nutritional and taste analysis of the boiled wort and the finished beer. 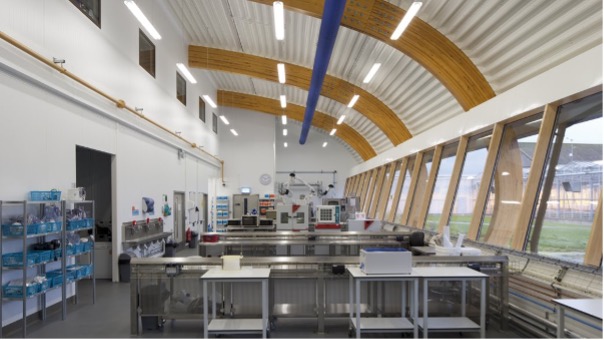 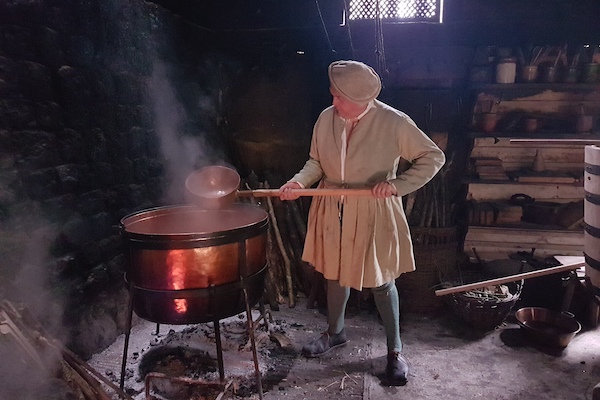 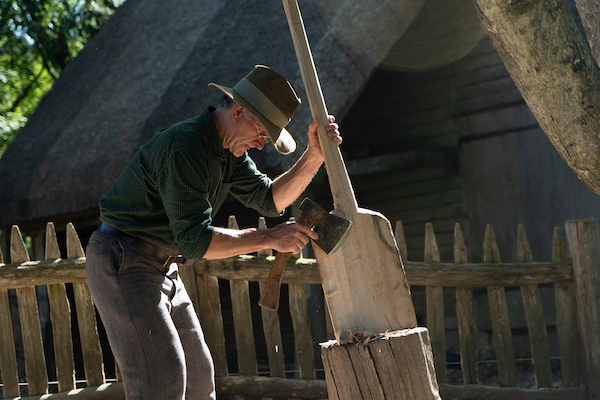 Aside from the scientific analysis, we learned a lot about the craft of brewing using sixteenth-century methods. For example, the water has to be slightly cooler when malted oats are used in the mash and stirring must be kept to a minimum, otherwise it will rapidly turn to porridge. Our historic brewers Marc Meltonville and Adrian Warrell (pictured left middle) will be able to apply this experience to future brews.

Analysis has already started. Initial results from the Dublin Castle beer suggest it had an alcohol content of 4.5–5% and an energy content broadly similar to a present-day drink. So the several pints that an average working person was consuming everyday in sixteenth-century Ireland would have been reasonably strong and provided a significant amount of energy. FoodCult members and collaborators are preparing peer-reviewed articles on the interdisciplinary nature of the project and the beer itself, and the scientific findings, and are presenting papers at a range of venues. The results will also feed into other FoodCult work packages, especially the multi-isotope analysis and the monograph on food culture and consumption in early modern Ireland.

Along the way, a documentary team from Anglia Ruskin University’s StoryLab recorded every part of the project, from meeting with the farmers in Orkney to picking hops in Kent to brewing the beer in Sussex. A film, directed by Shreepali Patel, will appear in 2022 and be published freely online. It will be a vivid record of the project, demonstrating the craft, tradition, and pioneering research involved in bringing to life a drink from so long ago.

To hear the latest project news as soon as it happens, including the film’s release, keep an eye on the FOODCULT news site.

Share this exhibition with friends and colleagues on social media 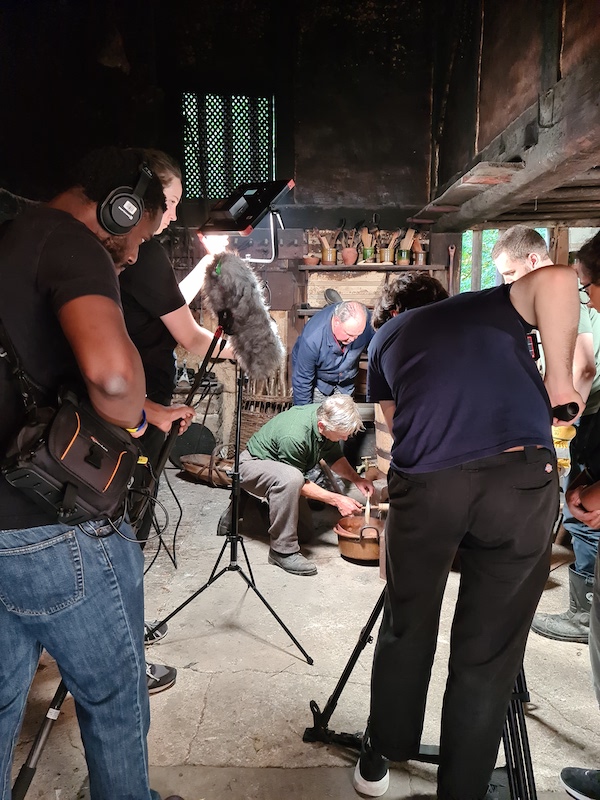 <<< Previous page
Back to start